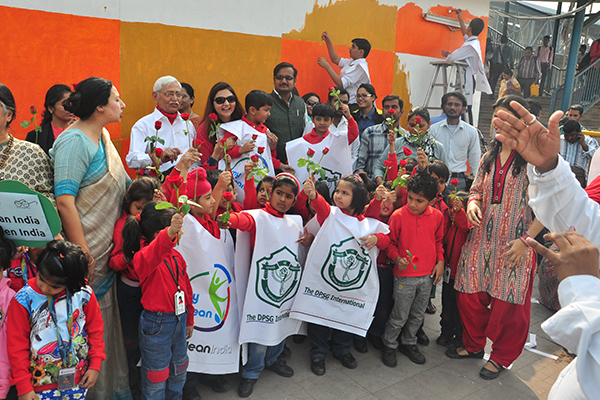 Railway Station of any city is the face of the city. It depicts the civilization, culture and ownership of the people. Whenever a person reaches the Railway Station, he connects with an image of the city and its people through it.

Indian railways is the premier transport organization of the country is the largest rail network in Asia and the world’s second largest under one single management. It is a symbol of inclusion and innovation in the country with multiple stakeholders across regions, states and communities.

A state-owned enterprise, the railways network is owned and operated by the Government of India through the Ministry of Railways. It is one of the world's largest railway networks comprising 115,000 km of track over a route of 65,808 km and 7,112 stations. Indian Railways is also the fourth largest employer in the world, employing over a million people. The “Swatch Bharat Swatch Rail” phrase was first introduced in Rail Budget speech 2015-2016.

There's an exciting opportunity for the people of Ghaziabad to own Ghaziabad Railway Station. The opportunity includes organizing Cleanliness drives on Railway Station, awareness campaigns and interaction with the passengers and sensitizing them for keeping the station clean. The idea also includes converting the Railway Station into a Museum of Paintings of the Revolt of 1857.